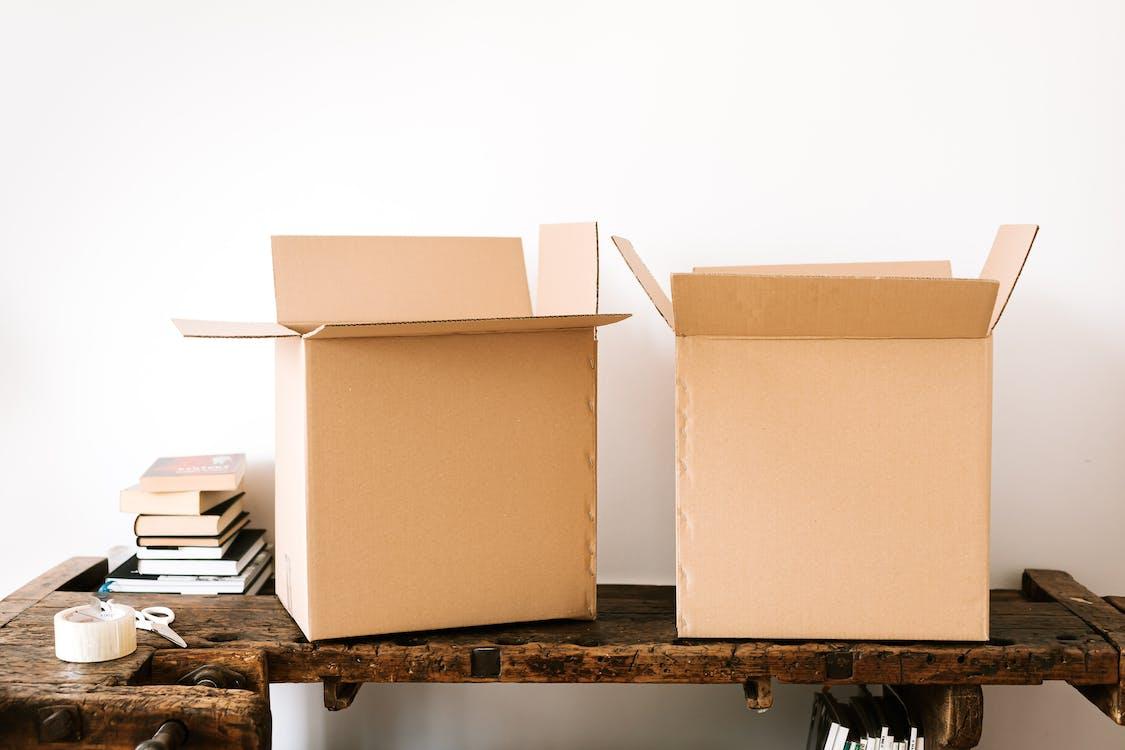 The History of Corrugated Cardboard Boxes

By The Boxery TeamSeptember 5, 2022No Comments

The term “Corrugated” is probably not a part of the daily vocabulary for some individuals; however, boxes made of this low-cost, long-lasting material have existed for quite some time. Most of us take them for granted, but the shipping industry would not be the same without the invention of this paper-based, fiberboard packaging, which rapidly became the industry standard. The question is, how long do you think they have been around?

Packaging made of corrugated cardboard may be found almost everywhere in the world. Some logistics reports even estimate that the corrugated packaging sector is worth $66 billion in the United States. This demonstrates the enormous quantities of corrugated boxes being utilized to package and deliver products in various states and regions. Even companies like Amazon have elevated the status of a recognizable sign of brand identity by introducing corrugated cardboard packaging.

Most of us know the many benefits of corrugated cardboard boxes; however, we don’t exactly know where they started out. The corrugated shipping box has been around for more than a century, being an important contributor to the expansion of the shipping industry and e-commerce trade during the 20th and 21st centuries. Now you may wonder, how did we get here?

Since the advent of the first rudimentary baskets 12,000 years ago, there have been many advancements in the field of packaging throughout human history. While paper usage dates back approximately 2,000 years (only known in Asia for about half of that period), the use of wood fibers dates back only around 150 years. However, around 140 years ago, manufacturers began using corrugated fiberboard in their products (Crates, Cartons, and Corrugated Board 2015).

It was 1804 when the first papermaking technique was introduced in England. It consisted of a machine that deposited dripping pulp onto a moving wire strap mold, where it was dampened and foraged through a string of heated dryer and felted presses rolls to release the water. Fourdrinier was the name given to both the technique and the equipment by London stationers that sponsored the first machine. Later in 1827, the operations for the first Fourdrinier in New York began.

Soon after, in 1809, the cylinder machine came into the picture. This machine functioned to the idea of moving a mesh cylinder through the pulp slurry to dig up and deposit the pulp onto a moving felt belt. Consequently, paper sheets were used to create a basic jute liner board—an ancestor of the corrugated fiberboard that we are familiar with today. Although the cylinder and Fourdrinier processes competed for many decades, by 1850, the Fourdrinier had conquered the market.

The Invention of Corrugated Paper

Corrugated cardboard may be seen in many aspects of our life today. We may find it on the market in fruit boxes, delivery vehicles for courier services, and packages that convey components or raw materials to manufacturing facilities.

The pervasiveness of this substance may lead many to believe that it has been around for as long as we can remember; however, the fact is that it was not produced until the 19th century, and its original use was quite different from what we are familiar with today.

The Box as We Know It

It all began in 1856 in England when Edward E. Allen and Edward G. Healy developed a procedure that allowed them to pleat paper and give it a wavy form, mainly to support hatbands and ruffled collars. However, it wasn’t until around 20 years later that it became more similar to what we know today: protecting products throughout shipping operations. This was followed in the same year, 1871, when the patent for corrugated paper as a packaging material was granted to Albert L. Jones.

This rough cushioning material was used to wrap glass bottles and chimneys for kerosene lamps to protect them more effectively than textiles. For those who don’t know, this material was far more sterile than the sawdust used to soften the blows and protect the products within the boxes.

Oliver Long, another American inventor, introduced improvements to Albert L. Jones’ patent in 1874 by enhancing the corrugated paper with two additional sheets, which he referred to as “liners.” This prevented the waves from losing their form while also maintaining their flexibility and improving the damping qualities of the paper. This was when the concept of corrugated cardboard as we know it today was first developed, but it took some time before it realized its full potential.

Basic advancements in single-faced corrugated boards continued throughout the latter half of the 19th century. Moving forward, in 1894, Henry Norris and Robert Thompson from the Thompson Norris Company constructed the first double-faced corrugated boxes for light deliveries in New York City. To their surprise, the United States Postal Service also utilized these boxes.

After another year, Wells Fargo purchased them for its shipping operations since traditional wooden boxes were more expensive, heavier, and difficult to store than cardboard boxes, which were lighter, cheaper, and simpler to stack.

However, despite the many benefits, they failed to win over Wells Fargo couriers due to the company’s lack of trust in their durability. Fortunately, the 20th century saw a rise in corrugated boxes’ level of popularity, which has continued unabated up to the current day.

At the beginning of the 20th century, corrugated fiberboard quickly surpassed all other packaging materials and became the standard shipping container for everything from tea and apparel to equipment and wine.

Additionally, it became widely used because of its low price, long lifespan, and simplicity in printing graphics and text. Moving forward, the postwar economic boom of the 1950s was especially conducive to the rapid expansion of the corrugated board packaging industry.

U.S. food manufacturers had a growing population to feed, and they needed a way to move their products across the nation without damage, and corrugated boxes met this demand. The growth of the American supermarket and the capacity to export perishable goods over vast distances owed much to the advent of corrugated boxes—but its biggest role was yet down for another half-century.

Corrugated fiberboard has accomplished much more in the 21st century than just maintaining its market share. Because of the explosion of online commerce, there is a larger need than ever for long-lasting shipping materials, and the corrugated cardboard box has been there for the ride the whole time.

As discussed in the beginning, Amazon has been the most prominent consumer of corrugated boxes since the company ships millions of boxes in the United States and worldwide.

Amazon and Target are now investing significant sums into research to enhance the design of their corrugated box products, which comes as a response to the growing number of companies looking to increase the efficiency of their corrugated packaging.

Therefore, out of all the wonderful attributes of the corrugated box, maybe the most impressive one is its capacity to be perpetually reinvented and altered in response to the specific requirements of various enterprises and markets.

The Future of Corrugated Cardboard Boxes

Each and every solution that promotes the growth and survival of the ecosystem is here to stay—and fortunately, corrugated boxes tick all the boxes for sustainability and biodegradability. The gloomy days of plastic trash are not yet behind us, but shifts are on the horizon with the advancements in the corrugated box industry. Lesson to take: when you next arrange the delivery of your goods, consider taking the environmentally-friendly route by utilizing corrugated cardboard boxes from The Boxery.

The Boxery’s locally produced, environmentally friendly, and biodegradable corrugated boxes are licensed for shipment with National Carriers and have a strength that allows them to bear a range of weights without breaking.

Every one of the boxes we put up for sale comes with its unique UPC stamp, which proves the corrugated box’s high level of quality and durability. With over a thousand distinct box sizes available, we have everything you need for commercial or individual purposes.

So, what are you waiting for? Come and shop with The Boxery here. 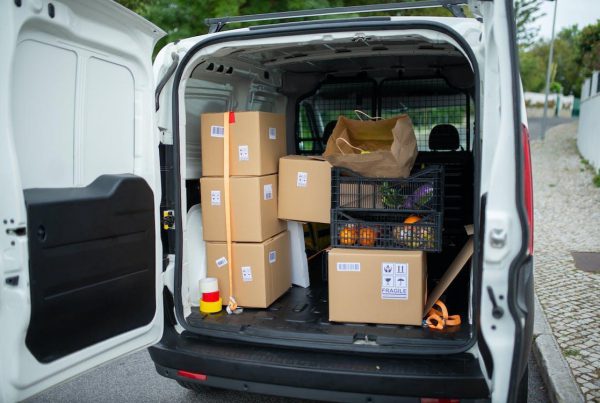 Things You Should Know About Corrugated Box Packaging 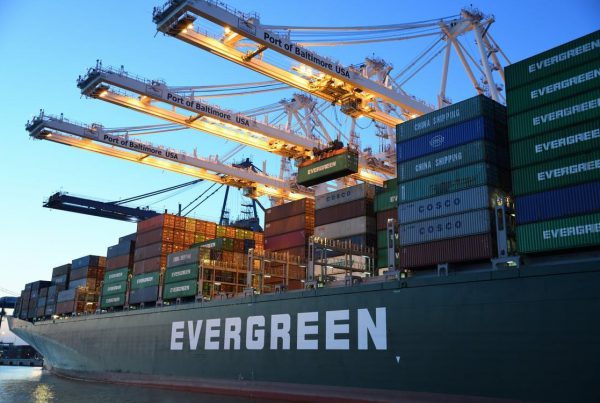